Daniel Manning is our in Electric Guitar, Bass and Ukulele Tutor. He is proficient in all styles of playing including Jazz, Rock and Blues guitar. He is also our  in house producer. Daniel studied at Ravensbourne University and has a BA Honours in Sound Production and Music for Media. He has played in many different bands including, Adler , The Take Over, Jets against Giants and Audio Runway. Throughout the years Daniel has built up a huge amount of performance experience, gigging all over the UK and Italy where he performed at the 2007 Primo Maggio Festival in Rome in front go 500,000 people supporting such big names as ‘Chuck Berry’. Daniel  has built up a huge library of diverse music in all genres, and written and produced tracks for other artists.

Daniel has been teaching for over 10 years and is a very successful and popular teacher with great reviews on his lessons. He teaches all Ofqual recognised syllabuses such as RGT, Rockschool and Trinity Guildhall. He has a taken many students through their instrument qualifications and has a 100% pass rate. Dan is part of our Songwriting and Production team here at Camena Music. 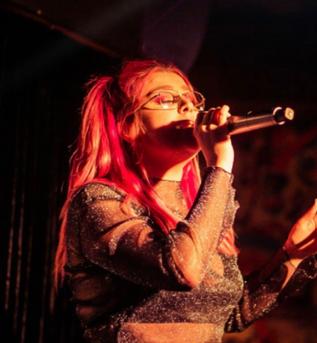 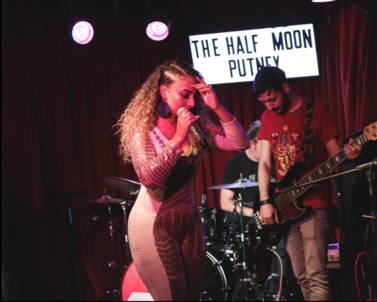 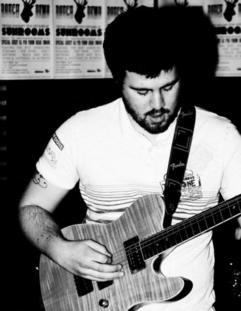 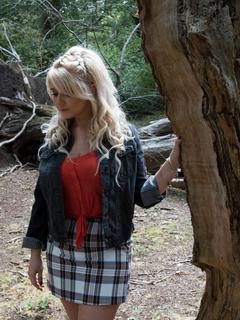 Katie Smith is one of our in house singing teachers here at Camena Music school specialising in Musical Theatre performance. Katie believes in expressing yourself musically is therapeutic and freeing. Katie also offers fun and relaxed lessons in PopVocals to improve vocal quality and technique.

Katie holds a Grade 8 Musical Theatre qualification and also holds  BA in Drama and Performance. She is currently studying her MA in Creative Performance practice. 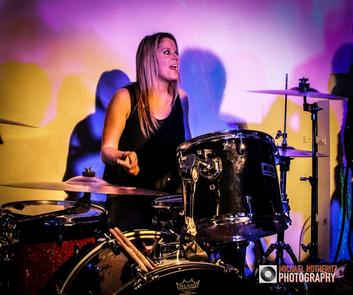 Ciara Lavers is our Drum Teacher here at Camena Music School. She is a Pop Rock Drummer. After graduating from the London ACM Music College.  Ciara studied at the LA Music Academy, Los Angeles. On her return to the UK, she played and created the drum part for the 2006 version of Blondel by Tim Rice.

Other past projects/tours include working with Peter Von Poehl, The Shebeats, The 12 Tenors, Robots in Disguise, Duncan Reid (the boys) and Helen and the Sirens to name but a few. Ciara is always wanting to better her craft and has been studying with the great Bob Armstrong for the past few years.

Ciara has extensive teaching experience and teaches all Ofqual registered syllabuses such as Rockschool and Trinity Guildhall. She is a very popular tutor at Camena Music and is known for having bags of energy and enthusiasm for passing on her knowledge to budding drummers.

Justina Rawahy is another one of our fantastic vocal coaches. She recently graduated from BIMM London and studied the Popular Music Performance Degree for 4 years. She has experience and is skilled in performing Jazz, Blues, soul, Motown and Pop-Rock etc, but specialises in R&B and Pop Music.

She is a Singer-songwriter and Radio Presenter and has performed at the Spring Break Festival in Amsterdam, the Brits After Party 2018, in Morton's Private Members Club, Hilton Metropole and Under the Bridge in Chelsea Football Club just to name a few! A highly skilled performer who really encourages youngsters to reach their full potential.

Bella Rose is our in house Vocal Coach, Pop Piano and Classical Guitar Tutor. Bella was signed in Germany by Icezone and Universal Records with girlband 'Mayor's Destiny'. She has performed all over the world in iconic venues such as the Bremen Arena and the Nurburgring in Germany and the Bluebird Cafe in Nashville. She has made various TV appearances and appeared on RTL at 'The Dome 46' performing alongside artists such as One Republic, Duffy, Madcon and Sara Bareilles. Mayor's Destiny shot their first single 'Cross you Heart'  in California, Palm Springs at the Iconic, Joshua Tree Park and it featured on 'The Simple Life' starring Paris Hilton and Nicole Richie.  Bella has been performed all around the UK  since a very young age.

Bella studied with the University of West London and teaches with us at Camena Music School. She has been teaching for over 10 years and has great teaching experience. She has placed many students through their singing and instrument qualifications with a 100% pass rate. Bella teaches all styles of Singing including and Popular Music and Musical Theatre. She teaches all Ofqual recognised syllabuses such as LCM, ABRSM, Trinity Guildhall and Rockschool and tailors lessons to your needs. Bella is also our Camena Choir Leader and leads our Music Theory class  and is part of our Songwriting team.